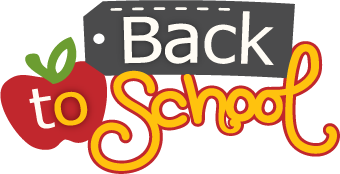 “Yop, do you want to further your study in Sumatra after Form 3?” I asked my son.

“Do you recommend and want me to go there?” he replied.

“I’m offering you options so that you can explore and think of your future clearer” I said.

“What is the speciality of the school and studying in Sumatra? I know it is not that far. You told me it’s only one hour by flight. Easier than sending me to current school” he asked me.

Oh wow, that is very thoughtful of you.

“Well, I think you’re good at thinking. That speciality is needed for those who want to study social sciences. Many can get A’s in Maths and Chemistry. But that does not necessarily make them good thinkers.” I suggested.

“Can you tell me what social scientists do?” he asked.

“Social scientists like economists understand why Malaysian economy is now disastrous. So they wont easily say it is caused by the Prime Minister or the GST is haram because it did not exist during the Prophet’s time. So, they can analyze the selling and buying, import and export like an eagle flying above the city. Then, economists can offer suggestions. Sociologists detect pattern of thinking to answer why many youths like IS. They are so cruel and yet many love them. We cannot simply say that our youth are violent. But sociologists can do the survey, study what those people think and how they live, to suggest to link between their background and their interest. Historians know how Muslims in the past understood text from Quran. We talk about hudud, but how people in the past understood it? Was it like we imagine? If yes, do we want to repeat and improve? If no, do we still want to do, and how! Political scientists are different from politicians. Politicians might know nothing about politics and easily deviated. But political scientists can see, if you want to do this, what you should have. If people are choosing certain party, why and what is the impact. Did people vote for PAS or for Pakatan Rakyat? Social scientists have the way to find the genuine answer to that questions. They can offer suggestions.” I ‘briefly’ explained.

“It means social scientists must be good at thinking, writing and talking!” my son concluded.

“That is what Padang Panjang can train and prepare you!” I said.

“Well, I think about it” he replied.

3 hour driving was a good quality time between me and my son today.

This site uses Akismet to reduce spam. Learn how your comment data is processed.